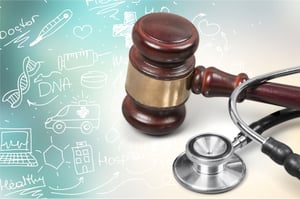 In late 2017, a catastrophic medication error led to a patient death at Vanderbilt University Medical Center. While waiting for a PET scan, an elderly woman was incorrectly administered vecuronium, a paralyzing neuromuscular blocker, rather than the prescribed sedative Versed. It was reported that, because vecuronium suppresses normal respiration and the patient was left unattended while waiting for the test, she suffered cardiopulmonary arrest. Although she was resuscitated, it was too late to prevent brain death, and she was later removed from life support.

This case was widely reported in the media as an example of preventable medical errors that injure or kill too many patients, despite our efforts to make healthcare safer. As we reach the 20-year anniversary of To Err Is Human, the landmark Institute of Medicine report that crystalized the patient safety movement in the U.S., we must humble ourselves with the knowledge that while we’ve made many improvements, there is still much more work to do.

Was this event criminal?

In February 2019, the nurse who made this mistake was charged with reckless homicide and abuse of an impaired adult. My knowledge of this event comes only from the CMS surveyor’s report, not as part of a first-hand investigation by ECRI Institute, so my perspectives should be taken with a grain of salt. Based on the surveyor’s findings, it seems that multiple gaps in processes aligned to cause the patient’s death.

Criminalizing human errors, such as charging the Vanderbilt nurse with homicide, will not prevent future errors from happening. It will only drive them underground, erasing much of the progress we’ve made increasing the visibility of safety issues and making it safe to talk about them openly. The threat of punishment does nothing to prevent mistakes, which by their nature aren’t committed with forethought and intent.

According to the surveyor’s report, the nurse reported that she did not verify the name of the drug she retrieved from the automated dispensing cabinet (ADC) and did not remain with the patient after administering what she thought was Versed (a high alert medication). Several visible warnings—on the vial and on the ADC screen—were either ignored or not perceived.

However, this nurse is by no means the first person to make a mistake with this high-alert medication. ECRI Institute PSO’s analysis of 261 events involving neuromuscular blockers found common failures including using the wrong drug or wrong dose, prescribing errors, inadequate monitoring of the patient after administration, and neuromuscular blockers being left unsecured in patient care areas. The surveyor’s report cites an ISMP analysis stating, “The most common type of error with neuromuscular blockers appears to be administration of the wrong drug.” We should be skeptical of any impulse to lay blame solely on the nurse, as clearly others have made similar mistakes.

There are numerous contributing factors in the surveyor’s report that may have influenced the nurse and made her more likely to cut corners. For example, at the time she withdrew the drug from the ADC, she was distracted by a conversation with an orientee. This event occurred on December 26, the day after Christmas, a day that historically has staffing challenges.

There are other factors that could be considered, but were not discussed in the report. For example, while the nurse’s decision to override the ADC to obtain the drug was an unfortunate decision, the report doesn’t discuss the overall volume of ADC overrides nurses make each day to keep up with their workload. What may appear to be an unusual bypassing of the ADC’s safety feature may be viewed in a different context if we knew that nurses routinely override the system because of workflow or system problems.

Most important is to look at what we can learn from the CMS report. First, there are several options for improving safety at the organizational level regarding systems and processes for care delivery. For example, the system should decide if vecuronium should be available outside the operating room and available from an ADC on override without a pharmacist verifying the order.

Another takeaway relates to the health IT components in this event. The ADC in this case was set up to show only generic drug names. So when the nurse typed VE into the system, the neuromuscular blocker vecuronium displayed in the list rather than the intended sedative, Versed. This may have made it easier for her to choose the wrong drug. Barcode scanning of drugs before administration may have provided an additional warning that might have interrupted this event’s trajectory, but the technology hadn’t yet been implemented in Radiology where the drug was administered.

Finally, the organization’s high alert medication policy did not include moderate sedatives such as Versed and didn’t provide guidance on how and how long to monitor patients when administering these drugs.

While some of the errors in this sad case warrant accountability, criminalizing adverse events in healthcare is not the answer. The best we can do is take steps to prevent the same event from happening to someone else. There’s a better chance of improving safety if healthcare providers are assured that they will be treated fairly when accidents happen. Let’s look for the problems in our flawed systems rather than looking first for a convenient person to blame.

Patient safety has been ECRI Institute’s mission since we began our work more than 50 years ago. Through our analysis of more than 2.7 million event reports submitted to ECRI Institute’s PSO, we’re on the path to major systemic improvements that will keep patients safe when undergoing medical care.

Want help prioritizing your patient safety concerns? Download our Top 10 Patient Safety Concerns for 2019. We all owe it to patients to make safety a priority.