What is Near-Miss Reporting? And How Can it Save Lives? 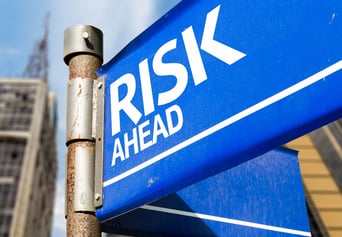 The ECRI and ISMP Patient Safety Organization has reached a milestone: more than 5 million events reported since its inception. However, two thirds of the reports were about actual events that reached the patient. Only 15% were labeled as “near miss” events, incidences that were "close calls." This is despite the well-known fact that near miss events are 10 to 100 times more common than actual events. Why is that?

Patient safety experts have long emphasized the necessity of creating a culture in which healthcare providers can freely report errors or other potentially avoidable events. This information can be protected by submitting the report, and all the investigations associated with it, to a patient safety organization (PSO). An exception exists only for events that must be reported to the state or an accreditation agency, but even there, any investigations and deliberations are protected when reported to a PSO under the Patient Safety and Quality Improvement Act of 2005.However, we have not made a lot of progress in reporting near-miss events despite their value in preventing actual harm. Let us look, for example, at the recent, much publicized case of RaDonda Vaught and her error of choosing the wrong medication by using the override function of an automated dispensing cabinet.

As it became clear during the investigation, this was not a unique situation or action. It had probably happened many times before, both at her hospital and in other healthcare settings. How many times was an error caught just in time before reaching the patient? Could Vaught's error have been avoided if it had been reported each time as a close call and the organization had paid attention to the frequency of overrides and implemented a process change?

Other industries, often called highly-reliable industries, put much more emphasis on near miss reporting. They have realized the value of near miss reporting partially because they have been able to markedly decrease the number of real events. Examples of such industries include nuclear power, the aviation, space flight, submarines, and aircraft carriers. The collection and trend analysis of less impactful events and near misses can prove to be very useful, since they may indicate possible latent failures that otherwise go unnoticed until they lead to a real event. Observing, reporting, and trending these events can highlight where safety barriers are weak or failing more frequently.

Some attempts have been made in healthcare. For example, many hospitals track compliance with armband scanning, or do so at least for a short period after the introduction of the new technology. However, how many times would a report be filed about an armband that was found in the bed instead of on the patient, or was illegible because it got wet, or did not match the medical record or medication? These are all near miss events that get caught before harm occurred, but if they happen repeatedly, a healthcare worker might just skip the reading of the armband. By capturing all these failures, it might be possible to design a better armband or other solution.

The reporting of safety events that reached the patient, is crucial and needs to be supported through a robust culture of safety. However, we should also encourage our staff to become detectives who find early clues for something that could become a problem. By sharing these insights, we can all contribute to making healthcare safer.

To learn more about how you can engage ECRI safety experts for custom support, contact us at clientservices@ecri.org.